When it comes to traveling, it’s pretty safe to say that I haven’t done much of it up to now.

My parents do not have passports and they have no desire to travel abroad, therefore the holidays that I had when I was growing up were spent here in the UK.

It wasn’t until I was 24 that I applied for, and received, my first passport. I was so excited to use it that I booked two trips abroad within the space of a few months – Paris and Amsterdam.

But I had never stepped foot inside an airport until late last year (December 2016), when I was 28 and took a trip to Malta.

Yes, I had been abroad, but I didn’t get there by flying. I went to Paris via the Eurostar and Amsterdam via the ferry.

Contrary to the above, I had been on a plane before, but that was to complete a skydive – which uses a very different type of plane.

Plus, I had only taken off in the aircraft. I hadn’t landed. I obviously jumped out of the plane when it reached it’s desired altitude. That’s the whole point of skydiving! (And you don’t get to do that with Ryan Air!)

If you are considering jumping out of a plane, check out my 6 Reasons Why You Should Go Skydiving – it just might push you over the edge (excuse the pun).

So, my Malta holiday was also my first commercial flight.

I must admit that navigating my way through check-in and security for the first time was pretty daunting. I didn’t know what the processes were or exactly how things worked. I was stopping to read every sign in sight to make sure I abiding by all the regulations.

One of the first things I learned was the difference between a ‘gate’ and a ‘terminal’.

I was informed that I could take a full suitcase of up to 20kg, but it would need to be checked in before the flight. It would be taken away and I could collect it again when I arrived at my destination.

I was also informed that I was allowed hand luggage on the plane. My interpretation of this is a small bag, containing some essentials and luxuries that you might need during the flight, that you can carry by hand.

Whilst I was queuing to board the plane, with my small bag that I was carrying by hand, I started to look around to see what other people had with them. Since this was my first time, I wanted to see what everyone else was doing.

I was slightly perplexed by what I saw. Which were a lot of bags, on wheels, with extendable handles – in other words, I saw lots of SUITCASES.

The whole point of hand luggage, by its very own name, is luggage that you can carry by hand.

Even when you purchase a small suitcase on wheels, it isn’t described as hand luggage, or a handbag, or a small travel bag. It is described as a suitcase.

Here is how I like to think of it…

If you were getting into a car and you had a handbag, you would probably just sit in the passenger seat and place your handbag on your knees or in the footwell.

If you were getting into a car and you had a small suitcase on wheels, you would probably put it into the boot of the car before making your way to your seat.

Firstly, I don’t think they should be allowed to call it hand luggage. Apparently, those in North America call it cabin baggage – this is a much better name. It’s exactly what it says on the tin and leaves less room for incorrect interpretation.

Secondly, do we really need to take a whole suitcase onto a plane and have it above our head? Wouldn’t it be much quicker and easier for all suitcases to go into the boot of the plane?

But with that being said, I do have very limited flying experience. Maybe the more I fly, the more I will come accustomed to, and agree with, the whole hand luggage facade. Maybe one day I’ll board a plane with my own hand-luggage-on-wheels! I’ll keep you updated on this 🙂

Getting Ready For My First Solo Trip

Top 9 Tourist Attractions in Berlin That ... 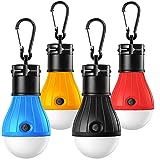 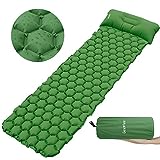